Kerkini Lake: An artificial wonder, an important habitat for birds

Lake Kerkini is one of the most important birding sites in Greece, standing in the path of migratory birds in Northern Greece.

The lake was created in 1932 when a dam was created trapping the water o Strymṓn (Στρυμόνας) river, a river of 392 km, coming from Bulgaria and ending in Strymonian Gulf (Aegean Sea), near Amphipolis (closest big city is Kavala).

The dam is located in the village of Lithotopos, and it is the reason that the area changed completely, transforming not only the landscape but the feeling of the area. In 1982 a new dam was created because the capacity of the lake was reduced due to the dirt that was washed in the lake by Strymon river.

Although the lake was created for helping the local population and their agricultural activities, now is a big sanctuary for wildlife, especially birds.

It is one of the over 2.300 sites that are protected by the International Convention of Ramsar and is a part of Natura 2000.

Belles is an important element of lake Kerkini, providing a unique background for the lake.

In the west side of the lake we have mountain Krousia.

When the water is a higher, near the north area of the lake, there is a small forest, where the trees are inside the water and work as a great place for bird nesting. There, each year, hundred of birds come to nest and give birth to their offsprings.

The are great opportunities for wildlife images in Kerkini every season of the year, and every season you can shoot different species.

More than 300 bird species have been observed in the Lake Kerkini National Park.

137 of these species nest, 134 overwinter and 163 use the wetland and the surrounding area as an intermediate resting and foraging stop in their migration routes.

A total of 10 species nest in mixed colonies in the riparian forest, which is a significant number both for Greek and European standards.

In floating nests, in the riparian forest and the remaining reedbeds breeds the great crested grebe (Podiceps cristatus), the little grebe (Tachybaptus ruficollis), the black-necked grebe (Podiceps nigricollis), the coot (Fulica atra) and the common moorhen (Gallinula chloropus), as well as the swan (Cygnus olor) since 2009, while the whiskered tern (Clidonias hybridus) and the black tern (Chlidonias niger) nest in the leaves of lilies or other aquatic plants.

Many thousands of waterfowl overwinter in the lake. Moreover, the presence of rare birds of prey is also remarkable, for example the imperial eagle (Aquila heliaca), the golden eagle (Aquila chrysaetos), the peregrine falcon (Falco peregrinus), the greater spotted eagle (Aquila clanga) and the white-tailed eagle (Halliaaetus albicilla). Over the last years, new species have also been observed in the area, either during migration or in winter, such as the white-headed duck (Oxyura leucocephala), the saker falcon (Falco cherrug), the flamingo (Phoenicopterus roseus), the Tundra swan (Cygnus columbianus), the goosander (Mergus merganser), the lesser white-fronted goose (Anser erythropus) etc. Lake Kerkini (along with the area of Porto Lagos) is the most important wintering area for Dalmatian pelican (Pelecanus crispus) throughout Europe.

The otter (Lutra lutra) is met in the lake, in channels and ditches. The red fox (Vulpes vulpes), the wildcat (Felis sylvestris), the least weasel (Mustela nivalis), the European polecat (Mustela putorius), the beech marten (Martes foina) are met in the wetland and the surrounding mountains. The grey wolf (Canis lupus) is met in the wetland at specific times of the year, while it is mostly found in the surrounding mountains, where there are also wild boars (Sus scrofa) and roe deer (Capreolus capreolus), whereas golden jackals (Canis aureus) are mainly met in the north, east and southwest part in small numbers.

The reptiles are represented in the area by at least 25 species, the most characteristic of which are: the Balkan pond turtle (Mauremys rivulata), the European legless lizard (Pseudopus apodus), the javelin sand boa (Eryx jaculus) and the grass snake (Natrix natrix). The amphibians are represented by at least 11 species including the Eastern spadefoot (Pelobates syriacus) and salamander (Salamandra salamandra).

Don’t hesitate to contact me to ask information about the area, join my winter or summer workshop or plan with me your private visit to Kerkini. 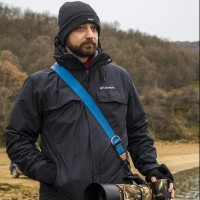 Vaios Vitos I am a photographer and cinematographer with a passion for nature, wildlife and landscape photography. It is not only about Photography, but it’s all about the process of traveling and experiencing nature and its unique places and creatures. The feeling of being outside and away from manmade structures and environment and connecting with the earth, plants and animals is something that I don’t want to change. Gramos is the proof that Greece has beautiful mountains
November 13, 2021

Manage Cookie Consent
To provide the best experiences, we use technologies like cookies to store and/or access device information. Consenting to these technologies will allow us to process data such as browsing behavior or unique IDs on this site. Not consenting or withdrawing consent, may adversely affect certain features and functions.
Manage options Manage services Manage vendors Read more about these purposes
View Preferences
{title} {title} {title}
Skip to content